The paintings I make are nearly all landscape-based and painted from memory. Sometimes, some pieces evolve from a different starting point, even though they finish up as a feeling of the land.

Over a month ago, Howard Hodgkin, the great British painter of memory and of sumptuous colour passed away.

He was an artist I looked at often and felt a deep and lasting affinity with. On hearing the news, feeling emotional, not sad, I recalled some of the many wonderful paintings I had seen over the years and the power they contained within.

On the day of his death, you could find me in my studio as usual.

It’s good to work when emotions are strong. By harnessing emotions and feelings, something tangible is made.

Three beech panels prepared months ago were sitting on the shelf behind me, awaiting the right moment to be transformed.

I grabbed one and with a large brush created this first piece: 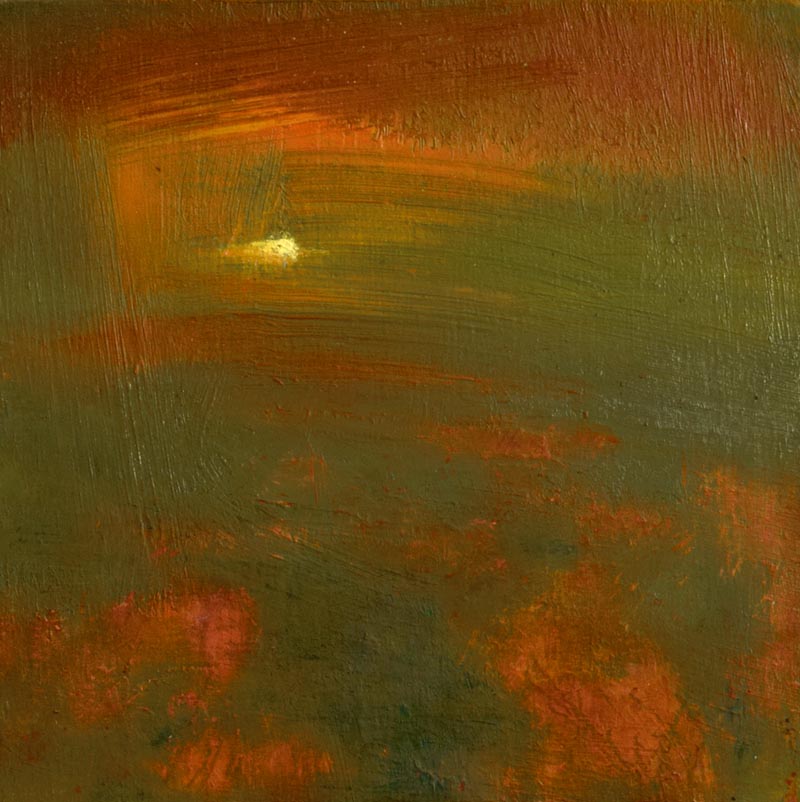 Although not conscious of doing it, I was painting my own little tribute to Howard. By not thinking too much and trusting in the feeling, No. 1 arrived quickly followed by two and three.

Then, I placed them on the shelf turned away from my sight and returned to them three weeks later.

On reviewing them, No. 1 felt right.

When looking at No.2 and 3, the feeling had changed. Now it was more about making choices about colour and movement, moving from light into dark.

On the second painting, working with oil sticks to create movement and texture resulted in this: 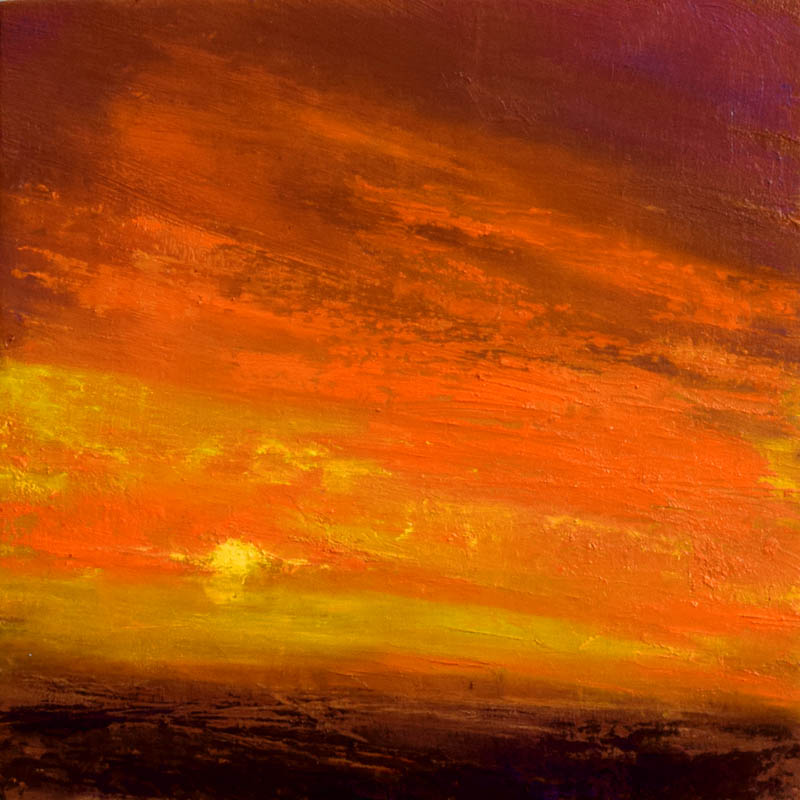 When I placed 1 and 2 together, I knew that the third painting had to be placed in the centre.

I wanted the three pieces to work with each other and suggest the passage of time. That’s how the third painting ended up cushioning the other two pieces: 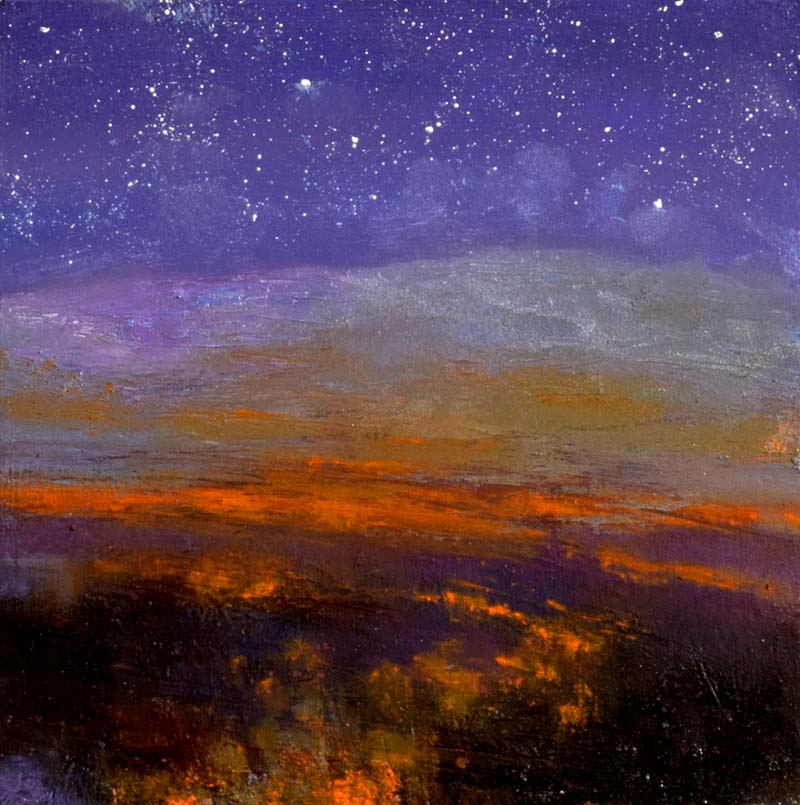 Here is a link to a video of Howard Hodgkin’s work: