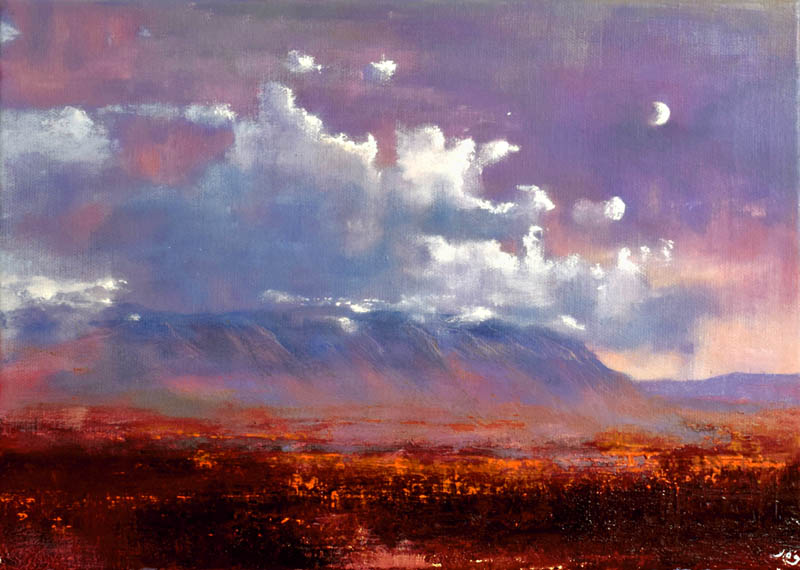 When I came to write this post, it became clear the painting is about the interaction of elements that act upon each other, like the protagonists in a play.

The moon, the clouds and land are all in a supporting role for the mountain. If you look closely on the mountainside, you can see it has been scored and marked over thousands of years. The furrows run deep down its flank but still, it stands immutable, watching over the land as the ephemeral weather fronts sweep over it from season to season.

At the foot of the mountain, the warmth of the orange and brick bog grasses bring the land to life. It’s dusk and the moon rises slowly into the sky. The distant mountain looms above the land drifting in and out of mist, the clouds nestling on its summit morph its shape.

The highly textured foreground of darks and lights stand in stark contrast to the mountain which is described in tints of blues and reds, pushing it back into the landscape with aerial perspective.