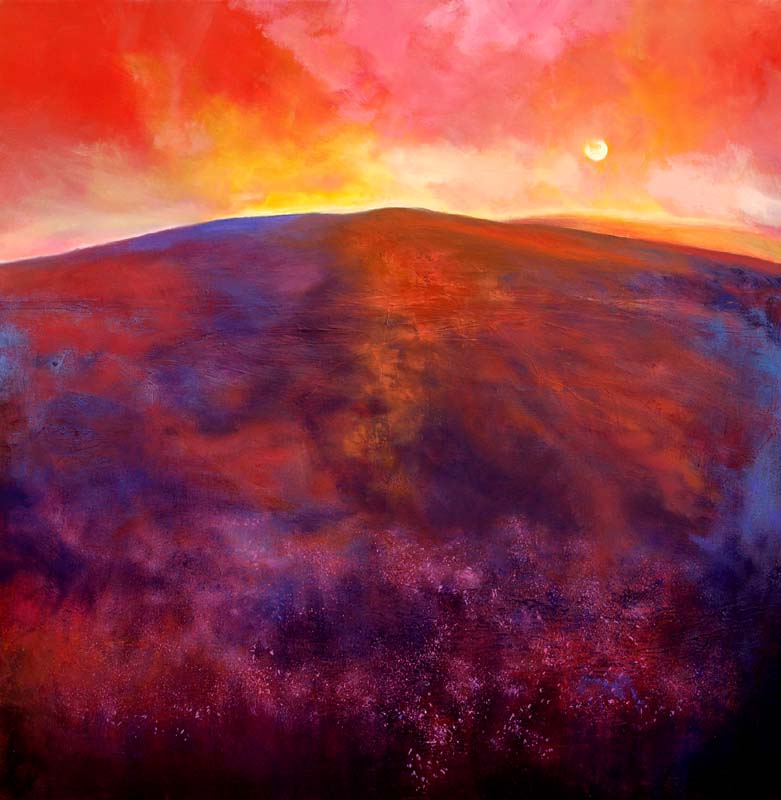 Not for Sale (NFS)

Back at the end of December 2014 when the mornings were dark and grey, I made the first Till the Last Ray Gleams as an antidote to a grey morning I awoke to. I realised that it was also a belief that the wheel will turn and summer will come as it always does.

The affirmation has come to pass with a big YES today. The sun is shining and the sky is blue and I finished this larger version I’ve been working on for quite a while, building texture and then mining into the hillside by scraping back to reveal the paint below and making landmarks into the paint with channels and rivulets.

The wheel turning can just as readily be applied to the affirmation of painting : facing the blank canvas, we need to say yes to ourselves by believing that something will be made.

Yes is a word that can be so powerful.

Today the people of Ireland said YES. Ireland has become the first country in the world to vote for equality for all its citizens to marry.

Isn’t it great what a yes can do.

Molly Bloom’s final words of her soliloquy come to mind “Yes I said yes I will Yes”.