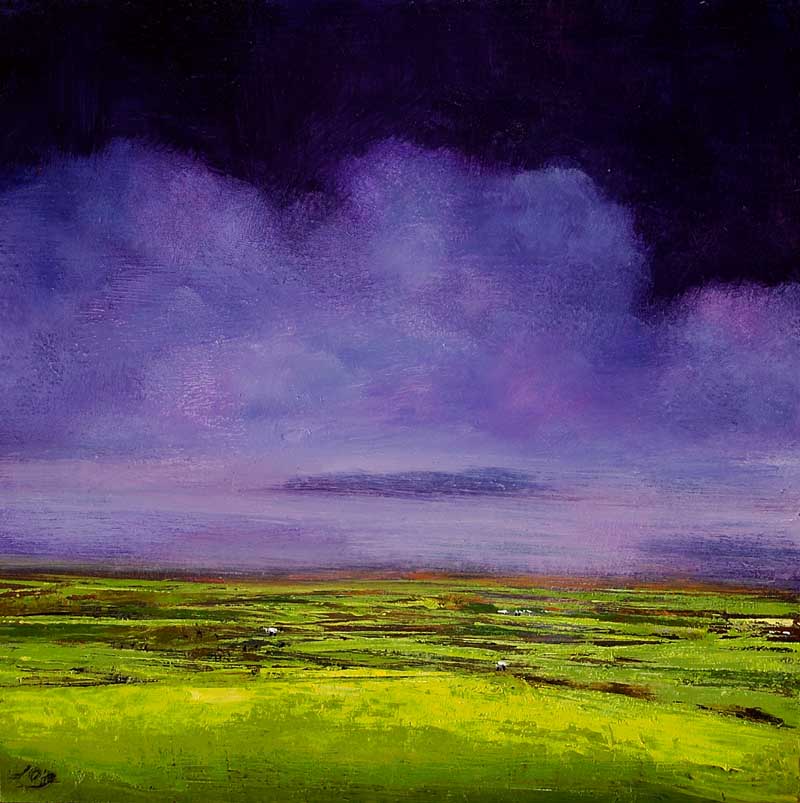 Islands have often been used as places of isolation and contemplation such as the monastic site of Skellig Michael off the west coast of Ireland. And they have had a long association with literature and mythology as a metaphor for a place of refuge from the world, where imagination can escape to and wander freely outside of the confines of the “real world”, whatever that is.

I find myself coming back to these veiled forms on the horizon, non specific in terms of topography but specific enough in my mind that it feels like Ireland.

Maybe making a painting can be a flight from the “real world” to a reality of the imagination.

I was thinking, during the making of this painting, about the lives that people led on my veiled island, of their view onto the mainland looking back at me and what they saw and felt.

Green in a painting can be quite an overpowering colour and can find itself unwanted sitting next to other colours. In this piece, I shifted the green slightly to yellow and added white into it. This is counterbalanced with the violet and pinks of the clouds and mist and the deep violet of the night. This allows the green fields to glow.

Now I know that the green fields would not be illuminated in such a way at night but it is another reality after all.