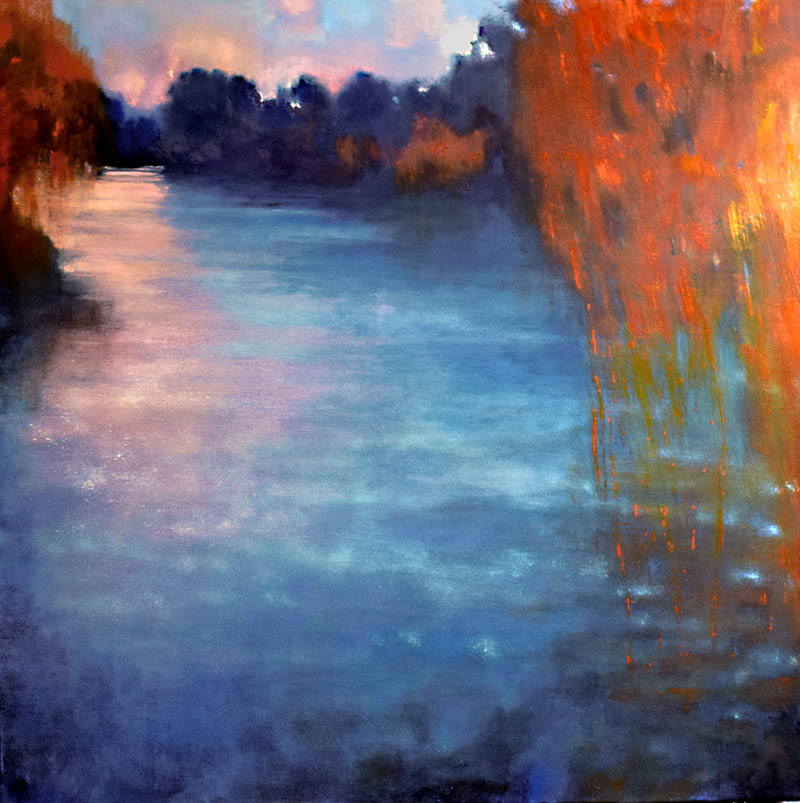 The route by which this painting came into being meandered through an unusual set of circumstances.

A few weeks ago I went to the shore of the Toulourenc, a fast-flowing, limpid mountain river that snakes at the bottom of Mont Ventoux on its way to join the Ouvèze river outside Vaison-la-Romaine.

It was quiet that afternoon near the old stone bridge.

As I approached the bridge, I saw three people looking down on the river. The man turned to me and greeted me. He introduced me to his daughter and then to his wife, a frail woman who was leaning on a zimmer frame.

Her face was pale.

She smiled and told me she’d come to hear ‘the water sing’.

We stood together, listening.

After a little while, the man asked me where I was from and then pointed to the other side of the valley stating they lived over there, in the last house along a rough track, past a tall cypress, in ‘La vallée du bout du monde’ (The valley at the end of the world).

This encounter reminded me of Herman Hesse’s Siddharta who listens, year after year to the river. He comes to appreciate what it has to say.

The water of the river flows into bigger rivers that flow into the ocean. Then, it comes back as rain.

It’s the cycle of life.

Later, when I picked up a brush, the singing water, the house at the end of the world and Siddharta came flooding back. And then I recalled the Sorgue river, a quieter river that stretches into the distance.

I set out to paint this piece as if we, the viewers, are in the river, taken on a journey to the end of the world…