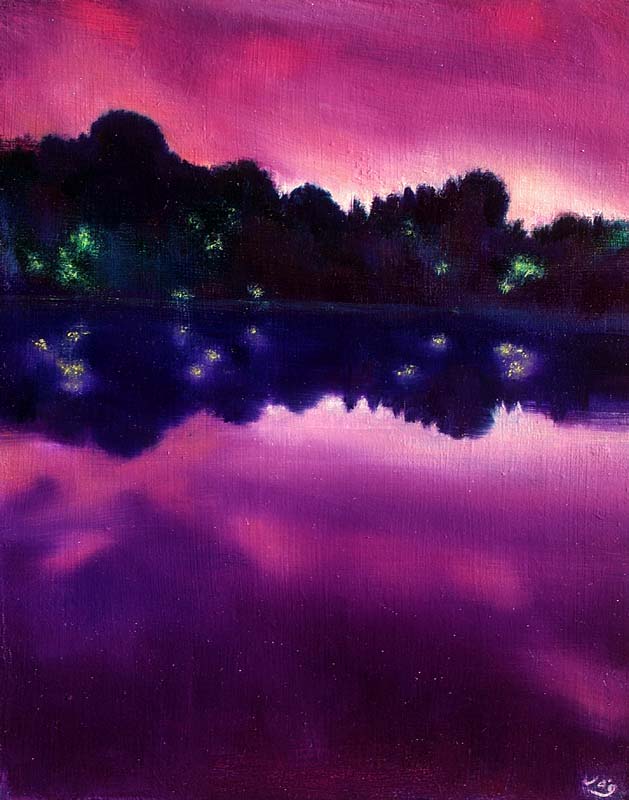 In John McGahern’s book “That They May Face the Rising Sun” and known as “By the Lake” in America, he describes with great beauty Gloria Lake, in county Leitrim in Ireland. It is in many ways the central character.

As the book unfolds, life is played out around its shores as a counterbalance to the passage of life and death. McGahern exquisitely writes about the natural rhythm of the seasons while Gloria lake is a steadfast presence that witnesses these changes.

I have never visited Gloria Lake, my painting is probably not topographically correct, but to me that doesn’t matter. The map that guided this painting to completion was an emotional response to McGahern’s finely crafted words. The way he captured the atmosphere and mood as the sun sets over the lake made me feel I was standing on its shore.

This painting is the sister painting to Gloria Bog #185, completed a number of weeks ago.

I’d love to hear what you think