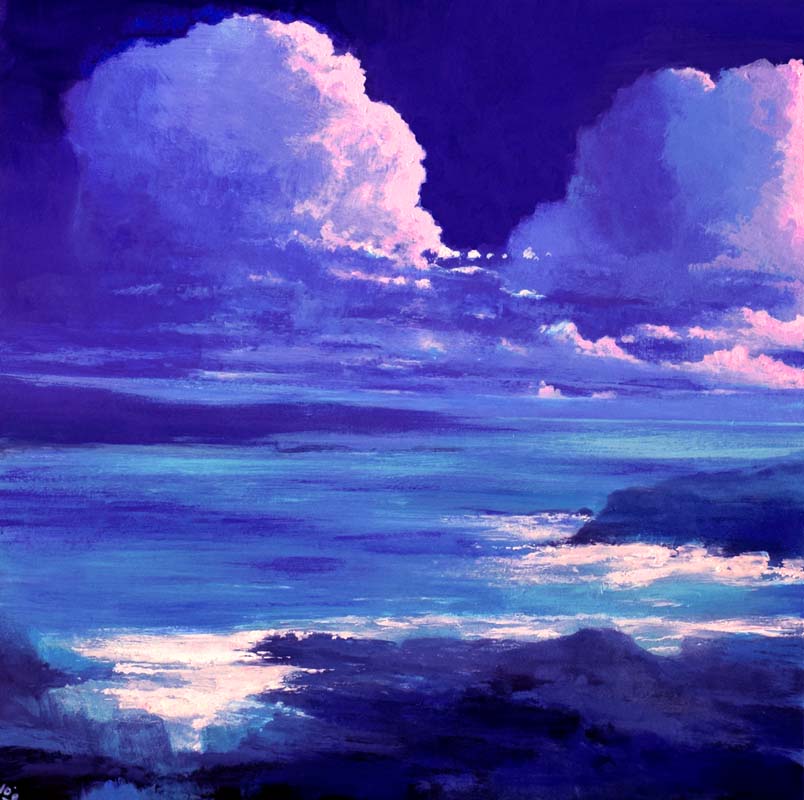 Exploring colour arrangements and mark makings is really what it’s about.

The painting changes throughout the week.

It usually starts well. Then, when it could appear to be almost finished, there is something that doesn’t work.

I had reached a stage where the sea was a gorgeous blue-green and the light blue sky was blanketed with white clouds.

But the piece lacked emotional impact and I decided to add a dynamic feel by deepening the colours.

The sky became dark blue with touches of rich purple. The clouds became sculptural cumuli with rose borders indicating where the light was coming from.

In the sea, I added some teal to better contrast with the sky and crashing waves to create impact.

I was looking to produce an energy, very much of the kind you get sometimes on the Atlantic shore.

What do you think?